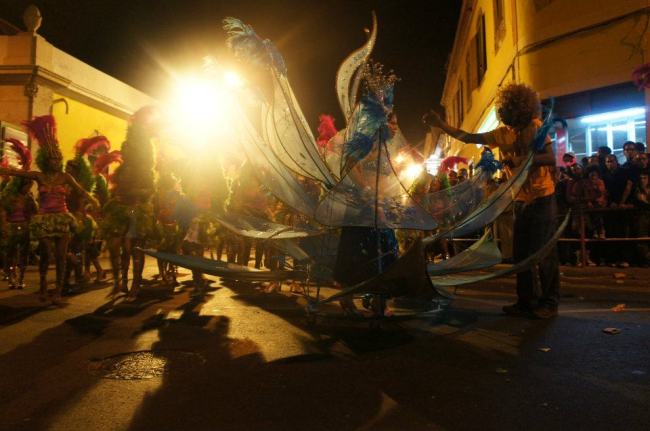 Every time I travel to my home land Cape Verde on vacation, I am overwhelmed with emotions about reflecting on the purpose of this life. In February of 2012 when I embarked to my home country was no different than the many other times I have traveled there. However, this time I had decided to travel and see my culture through the lenses of my camera.

I never actually grew up in Cape Verde. I have always been a Cape Verdean migrant consequently shaping my definition of what it is to be Cape Verdean. I could never have an understanding of being a true indigenous of the country as I cannot strip the biases that are deeply implement within me due to my experiences living outside of my birth land. On the other hand my culture, traditions, language and most importantly my heritage is cemented within my veins. I have always interpreted my situation of being Cape Verdean immigrant as a disadvantage but on this vacation during the coldest time in Cape Verde I began to think differently.

Upon my arrival at the airport I was warmly greeted by the members of my family that had the most impact in my life. My grandmother with teary eyes and a wide smile was there to greet her three grandchildren that had just arrived. Her grandchildren call her Didi as we were not allowed to call her by grandmother “avo” in Portuguese. She thought she was too young to be a grandmother and we have been calling her that ever since. I soon came to realize that most Cape Verdean women take upon the same approach when my own mother commanded that her soon to be granddaughter call her by her nickname “Ani”.  My father was there and immediately gave me a warm hug. Still embraced in my father’s arms my cousin and I locked glares, we could not wait until we had the chance to hug one another and as soon as my dad let me go that is exactly what we did.

For the first time my grandmother Didi had all of her grandchildren reunited in Cape Verde. My aunt and my cousin by pure coincidence had travelled with me on the same day. It was a very sentimental vacation as it seemed that every family member was united under the same roof and country. The culture of Cape Verde has been highly affected and shaped by immigration. Songs from many generations have been written about the grief of leaving the mother land behind. The folklore of leaving the mother country has been given the name of “nha kre cheu” my everything in Cape Verdean creole. Parents patiently wait for their children’s arrival in the summer and the empty streets of Cape Verde soon are filled with vibration and excitement. This vacation was no different than the others, it was Carnaval season and Cape Verde was not only filled with tourist wanting to experience culture movement like no other but it was also filled with the children that have returned to the mother land.

I was very tired from the long trip but I was anxious to go out and feel the sun. The streets were filled with excitement. It seemed that everyone was putting their efforts and energy to help manifest the colorful Carnival. You could feel and smell everyone’s enthusiasms and festivity. I could not control the urge of capturing with my camera the excitement on the people’s faces. Two old man sitting outside of a cafe enjoying their coffee of the evening while discussing the latest news of the Carnival. The street dogs were extra happy because the people were feeling more generous and feeding them with their left over foods. Young children were dressed with their favorite customs while their faces were decorated with color and joy.

The Carnival is divided into two days. The actual day of the event, every school participating will compete to win the title as the “Carnival finalist” by representing the best custom design theme. However, the night before the competition is where the Carnival comes to live, the event is called “samba tropical”. During this event the schools again design their best lavish and outlandish customs not to compete for a prize and title but to celebrate life to the fullest. This night allows everyone to try to be someone new, perhaps their ultra-ego without being judged. In fact, the more bizarre you look the better you fit into the Carnival spirit. Music during the samba tropical was echoing through the short streets of the island, while people shouted to the lyrics. Everyone was out to celebrate the festivity; from the elderly to the babies in the womb enjoying the mother’s dancing rhythm of the music.

As I mentioned earlier, I had always felt that my migration status was a disadvantage as I could not fit entirely into the culture I was born. However, this trip or maybe my camera allowed me to view Cape Verdean from a different perspective. Since I was not merged and fused to the culture I was able to see the aspects and attributes of my culture. Instead of just merging in the joy of the Carnival, I was able to observe the significance of this event to our society. However, since I am not an absolute outsider I was able to view my culture through both spectrums. I can proudly say that I see through the inner and outer view of the glass window. The Carnaval is able to demonstrate through exaggeration the fruitful and warmth of the country. The country in itself is beautiful but the landmarks lay on the people’s sincere smile and happiness.