Usually I let my photo drive the content of my post. This time, I want the story to draw depth to the photo. In order words, the photo just serves as a location, a scene where my thoughts and reflections took place. Often times I come across a situation where feelings of not belonging represent themselves. There is a struggle that I have to face on a daily basis and that struggle is “label”. Because I wear my faith visibly which stamps me as a Muslim woman, people tend to stereotype and have a misconception that I belong towards one group.

The fact of the matter is that my identity is so complex that everyone has a misrepresentation of who I am. Most non-Muslims will see me as another Arab woman, wearing that silly thing on her head. Muslims will just assume that I am was born and raised with the religion without realizing I don’t speak Arabic nor was I born with the faith I chose.

The ones that know I am a Muslim convert have a perspective that I am an angel for choosing this religion and therefore a well grounded person. In fact, I am not, I do not consider myself as a bad human being but I have so many flaws, weaknesses and things about my character that I wish to improve on. Although Islam has opened my awareness towards my actions and how it affects me and others around me, there are many aspects of myself I wish to fix.

On the other hand the people that knew me before my new faith, think I am  now a “miss know it all”. I am the self righteous, the self knowing who has too many advises under her sleeves and everything that I do or believe has been influenced by Islam. For me Islam is a religion of everything but the Islam that many have defined it as is not the same  religion I know it to be.

In many instances, I have people come up to me speaking in Arabic and other moments where people are talking about me in my native tongue and did not know I spoke their language. However, nothing beats the people that think I don’t understand English speaking slowly to me.

Today all of these emotions came back when I entered a local Italian pastry shop. I got immediate glances but I did not think twice of it. I pulled my camera, I just had to take photos of these colorful pastries and the glances persisted. I could not resist but to wonder, how out of place I must have been. Not only am I a Muslim woman wearing a scarf over her head in a small local Italian bakery but I am all of that with a camera in her hands taking photos as if I never saw cakes and cookies in my entire life.

All of my life, I have felt out of place, from growing up in Portugal as a Cape Verdean migrant, to moving to United States and residing in a town with barely any diversity to have finally converted to Islam which is a journey in itself. I have developed a strong resistance towards racism, misrepresentation, insults, glares and misconceptions. However, once in the while the shy girl in me over powers the strong character I developed through my journey. I was barely able to pick up my camera to take photos of the beautiful pastries. I felt like a child out of place and instead just browsed around while my coworker selected some pastries for a birthday party at work.

Later that day, I went on my daily walk after lunch and decided not to take my camera to instead gather my thoughts and clear my mind. Indeed, walking is your best friend when you have some confusion or problems bombarding your head. I just cannot fathom the reason why people label each other, what good does it do? Are we really that simple as a stamp and the labels that society defines us to be? Aren’t we all complex human beings just trying to manage their daily lives, routines, stress and even problems? We are all different yet so similar. The reason why we label is because we fail to understand one another, we fear what we don’t know so we instead focus on what we can see from the exterior and try to define through labeling.

I am not proud of these photos but to me the challenge is not just to take meaningless photos. My goal with this challenge is to observe the world through the lenses. There are certain things that go unnoticed unless we focus on the little aspects of life. One instance comes to mind of a day I took a photo of a flower to later observe when I transfer the photo to my computer that I have missed to see an ant that was just casually strolling on the flower. How could I have missed it? I was so focused on the big picture which was the beautiful vibrant flower that I was not able to notice the small ant enjoying it’s natural habitat. It is something to ponder over, how much do we fail to notice by simply not focusing on the little things in life? 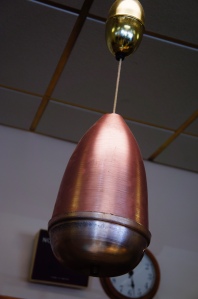 Found this in the Archives

What to Pack to Egypt with Kids